Neil Ross
◀ Back to Coaches 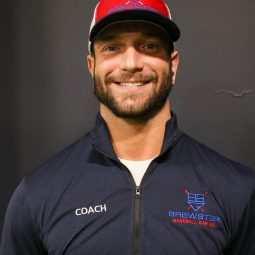 Neil is from Cortlandt Manor, NY where he grew up loving the sport of baseball and starting playing competitively at a young age.  He was selected to play in the Empire Games along with the Junior Olympic team while in High School.

High School:  A 2004 graduate of Walter Panas High School where he was an All Section and All League for two years and Section B Player of the Year along with 2nd team All State.

College:  Neil was recruited by multiple colleges for full scholarships and went on to play at Pace University.  He was the starting RF/CF and closer for three years.  Neil was a scholar athlete and projected to get drafted before an injury derailed that dream.

Currently:  The injury he got put him on the sidelines for 10 years but that did not stop him from making a comeback.  He currently plays in the Hudson Valley 17+ premier league and has been an All-Star for the past three seasons.  This year was his best season where he not only made the All-Star team but won the HR Derby and broke the record for the highest batting average.

Coaching:   Neil brings experience with kids where he has coached top teams in the GHVBL for the past five years.  He brings his background as a behavioral therapist to help develop these young athletes.