Gerard Galella Jr
◀ Back to Coaches 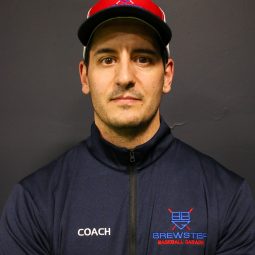 Behind every successful organization, team, or business, is a great leader.  A native of Carmel, NY, Gerard has seen his share of successes both on and off the playing fields.

High School:  A 1996 graduate of Carmel High School where he played three years of Varsity Baseball.  Gerard was an All-League and All-Section for two years.

College:  Gerard was recruited for full scholarships to Marist, Iona, and Pace but went to Columbia University where he was a starter for Four Years.  1997 was his best year where he started as a Freshman and batted over .320 while receiving Ivy League Rookie of the Week twice.  He was a utility player who played every infield position during his Four Years at Columbia.

College Summer:  Gerard played for the Danbury Westerners, who are a collegiate summer baseball team based in Danbury, Connecticut and part of the New England Collegiate Baseball League.  He was part of the 1999 team that helped lead the team to their first Championship game.

Coaching:  Gerard is a father to a 13-year-old son who he has coached in AAU Basketball, competitive baseball and also flag football.